I have heard this question for decades from martial artists and boxers.

Today’s article will clarify this question for you.

I hear people say, “So, if I hit hard, I must hit fast?” Because speed is a component of force.

I promise not to get technical. I won’t go into the fact that speed is velocity and F=m x a, not m x v.

Many people think that if they hit hard, they need to hit fast. That is not true. It all depends on the M (mass of who is “hitting”)

The Elephant and the Fly

A male horsefly (Hybomitra hinei) reaches the speed of 90.6 miles per hour. It’s a big fly, but it’s a fly...
Now imagine an elephant is strolling along at 10 miles per hour. They can go faster, but for our example it’s just 10miles per hour.
The fly is 9 times faster than the elephant.
Who would you rather get hit by?
I’ll take my chances wit the fly...

Who do you think will hit you harder?

A large fly or a an elephant? Obviously the elephant, but he is moving so much slower. Well he is more than compensating in the mass part of the equation.

So from this example we see that a much bigger guy or girl can hit hard, even if their kick/punch is not very fast.

What about the reverse? If you hit fast, do you always hit hard? No.

Usually a powerful technique will be slower than a fast one. The whole technique would be slower. The total speed of technique is different than just the speed (or rather acceleration) of the hand or foot.

Fighters know this. That is why there are variations to techniques. There is a power hook and a check hook. One to knock out, the other to keep him busy, while repositioning.

If this is confusing, think about it this way.

A powerful kick can have just as much speed as the fast one, when it comes to the speed of the weapon. However because of the mass shift in preparation, the total time to do the kick or punch takes longer.

In other words,  the foot of the power kick can travel at the same speed as the foot of the fast one, but the preparation for the power one takes longer (loading and weight transfer) so the total time is longer.

Think of that hook again

To make it powerful, you have to load the weight into the leg. You don’t have to do that with check hook. Thus even if the fist moves at the same speed, when the punch is finally thrown, the full punch, takes longer to produce power. Check out the New All Kick Master combo, 20 new kicking programs to become a kicking machine: 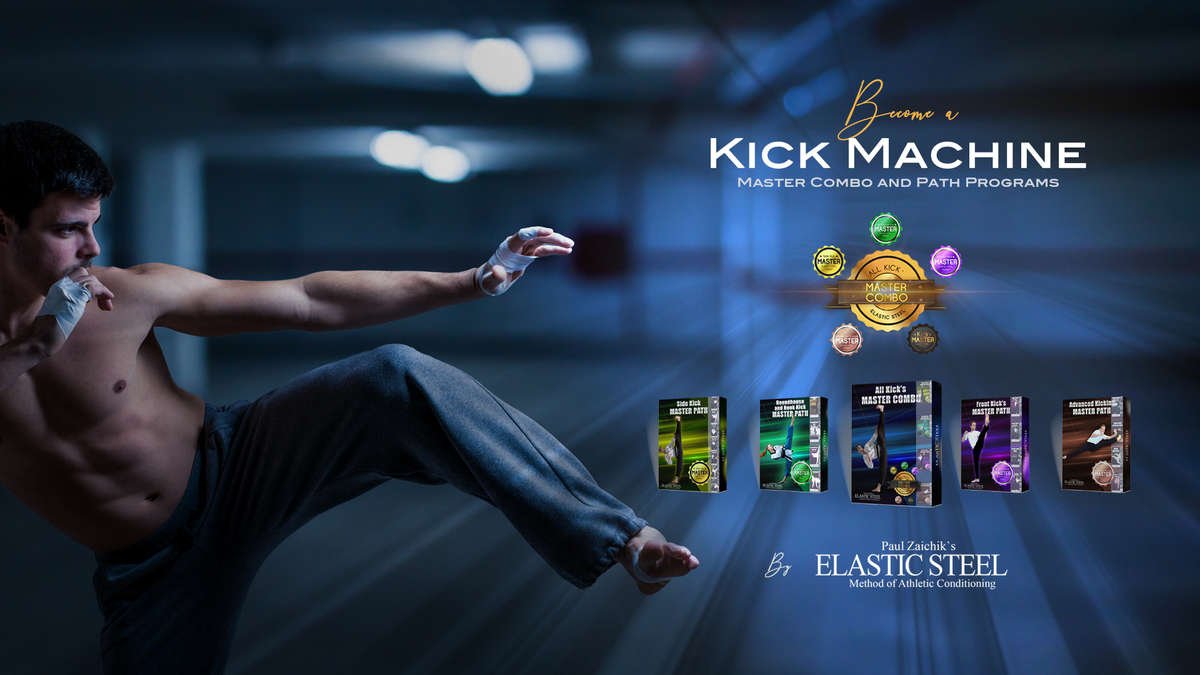 Check out the Flexibility and Strength for Boxers program: ​Do boxers really need shoulder flexibility? This question is often asked by trainers designing conditioning programs. The answer is rather simple. It can be found in study of boxing injuries. Shoulder dislocations and rotator cuff tears is rather common in boxing. Even pulled back muscles have a lot to do with the shoulder.
Lower and middle back compensation injuries are also common. Lack of reach the scapula forces the spine to over-rotate and over flex. This of course eventually injures the disks, muscles or ligaments.
Your opponent is used to fighting boxers of average flexibility. That means that he subconsciously expects your moves to start somewhere and end somewhere. If you can extend that range, you through him off severely. Enough to make his nervous.  At the same time you can reach further with your punches and get further away from his.

Get the Boxing Combo now, Click on the BUY NOW button below: